Painting on canvas, animated by a deep symbolism carried by the Angels of the Annunciation. A coat of arms recalling the nobility of the owners of the Domaine and a fully-restored altarpiece

The first floor of the Chateau comprises of fifteen main rooms, staterooms for the most part. The decorated French ceilings in 8 of these rooms are made up of a rigorously ordered network of beams, joists and staves.

The ceilings of the General States Hall, dating back to the 19th century, exalt the Art of Building.

The carved decoration of the Reception Hall, dating from the 19th century, have been totally restored.

Used to dress-up each of the living rooms of the castle. Despite those destroyed by the collapses, those that were stolen, many magnificent works still remain in place. The monumental stone chimney carved from the General States Hall, bears the inscription “Beatus on est esse se qui non putat”

Various works of lesser importance were removed and repositioned decoratively in the rooms of the Castle. 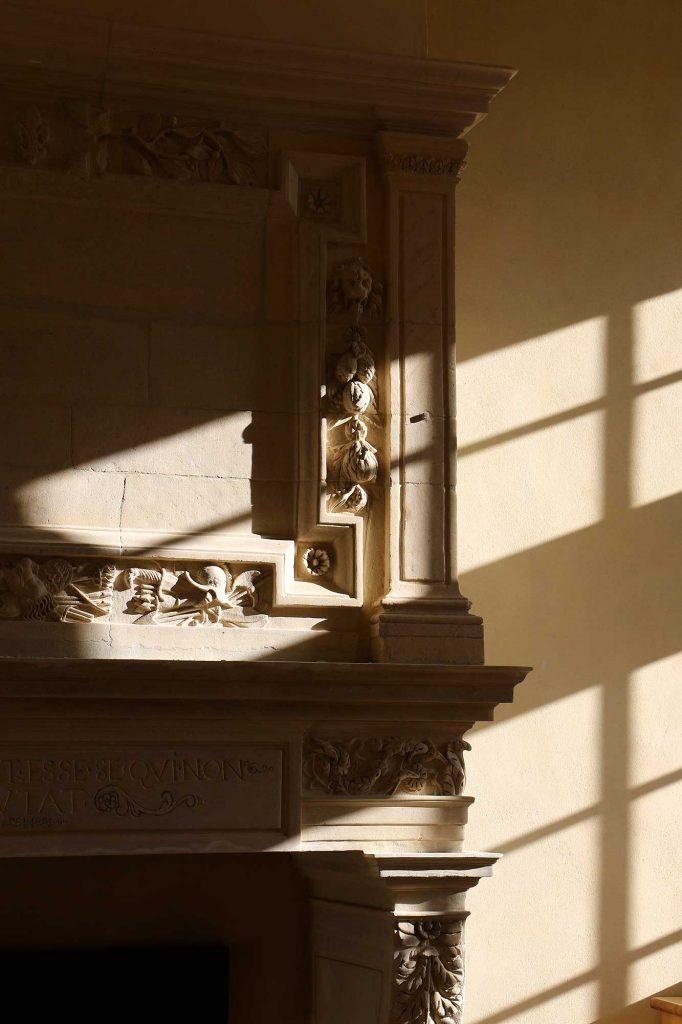 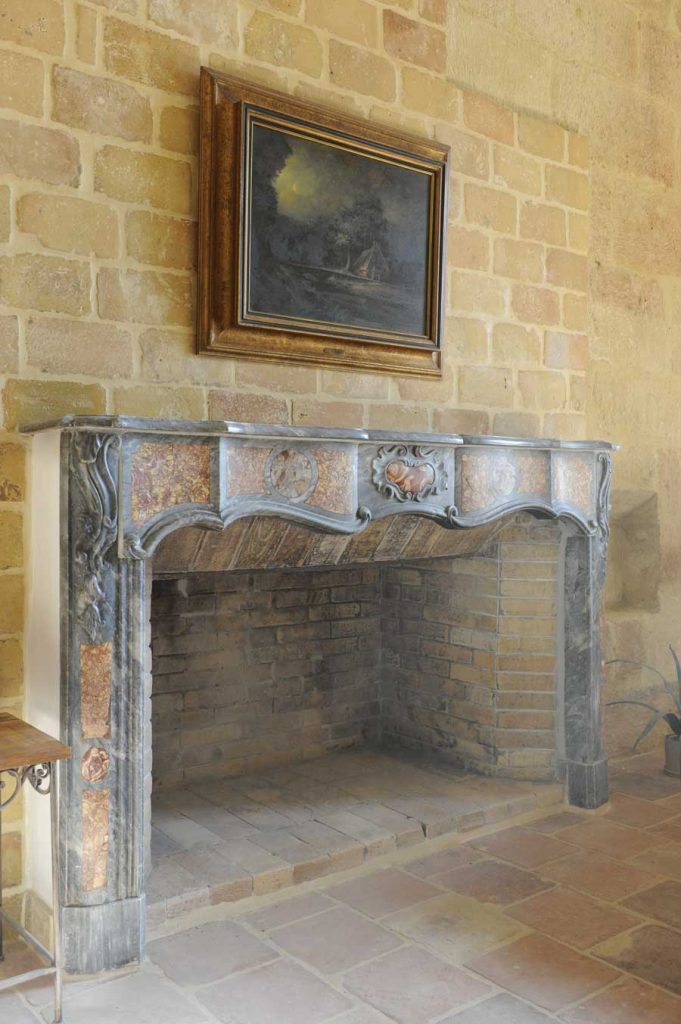 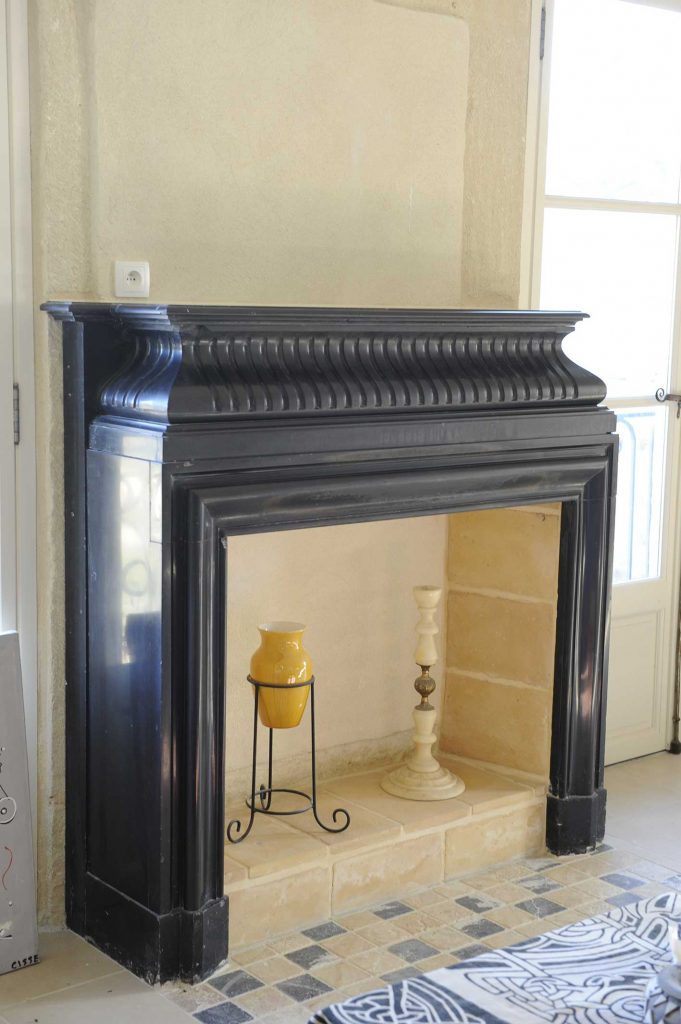 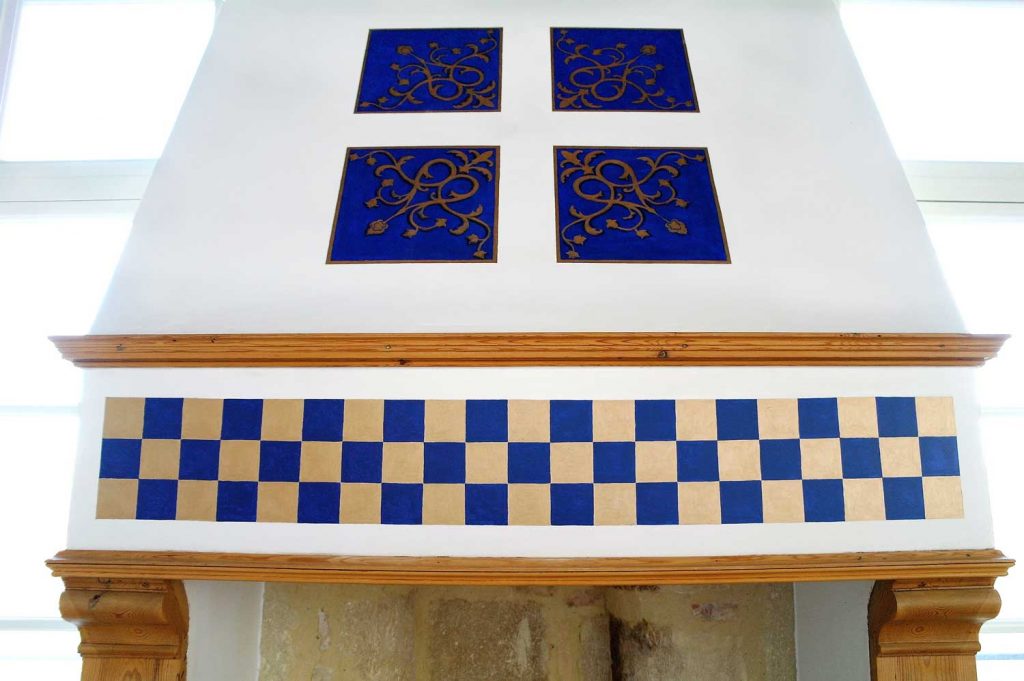 The plasterwork decoration reproduces the classical models illustrating the Arts and Nature. The instruments in the music room are attributed to Joseph Isidore de Montlaur, a lover of music, Marquis de Montlaur, owner of the Château de Pondres in 1820.